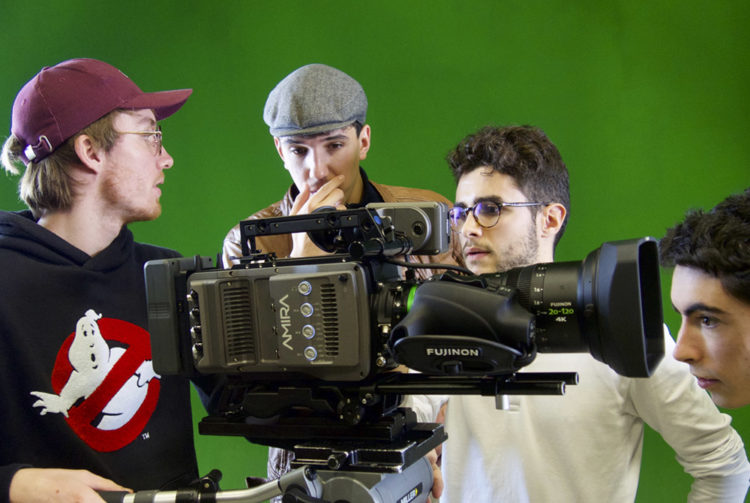 This versatile camera offers a very nice image quality, all in a design optimized for shoulder shots.

AMIRA is a truly versatile camera that combines outstanding image quality and CFast 2.0 workflows with an ergonomic design optimized for single operator use and extended shoulder-mounted operation. AMIRA is solid enough to be carried anywhere and offers in-camera grading with preloaded 3D LUTs, as well as 100 fps slow motion. The camera allows MXF / ARRIRAW 16: 9 2.8 K (2880 x 1620) recording on the camera at frame rates up to 48 fps..

It is suitable for a wide variety of productions, from television series and nature films, through sports coverage, commercials, news reports, branded content and live multi-camera television.

Available for all AMIRA models, the Multicam mode brings the exceptional image quality of ARRI’s ALEV III sensor to productions in the multi-camera broadcast sphere. In a multi-camera configuration, AMIRA’s shallow depth of field, unequalled dynamic range, and natural colorimetry can give a cinematic look to live broadcasts, music concerts, television series, and other fast-moving multi-camera productions.
Basically, Multicam is a simple and flexible interface that can be used with almost any required transmission system. It allows remote control of the image settings of multiple AMIRA cameras, including iris adjustment, using a Sony Remote Control Panel (RCP).

Equipment available to students of :
CinéCréatis Lyon and Nantes. 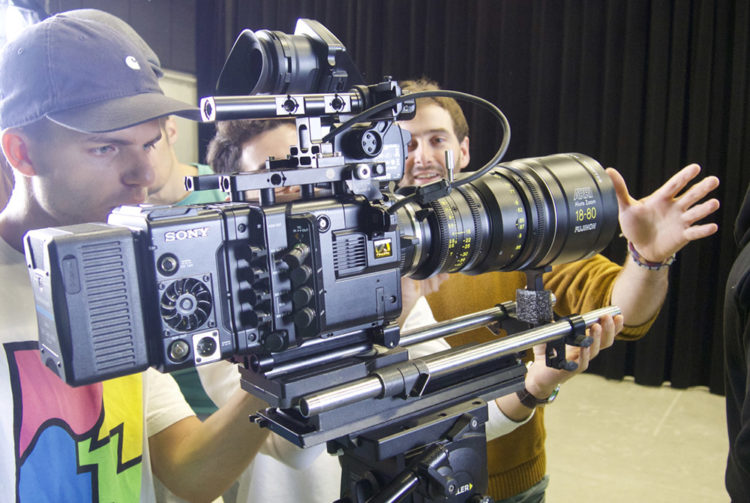 The URSA Mini Pro 4.6K G2 is a professional digital camera that combines 4.6K image quality with the features and controls of a traditional broadcast camera. The URSA Mini Pro’s electronic design and Super 35mm 4.6K HDR second generation image sensor allow filming at much higher frame rates. It features built-in neutral gray filters and interchangeable lens mount, Blackmagic RAW support, as well as CFast and SD UHS-II card slots to shoot up to 300 frames per second. In addition, thanks to its USB-C expansion port, flash drives or SSDs can be directly connected for even longer recording times. The URSA Mini Pro 4.6K G2 also has numerous side controls to adjust most parameters without ever taking your eyes off the image.

Equipment made available to students of :
CinéCréatis Nantes. 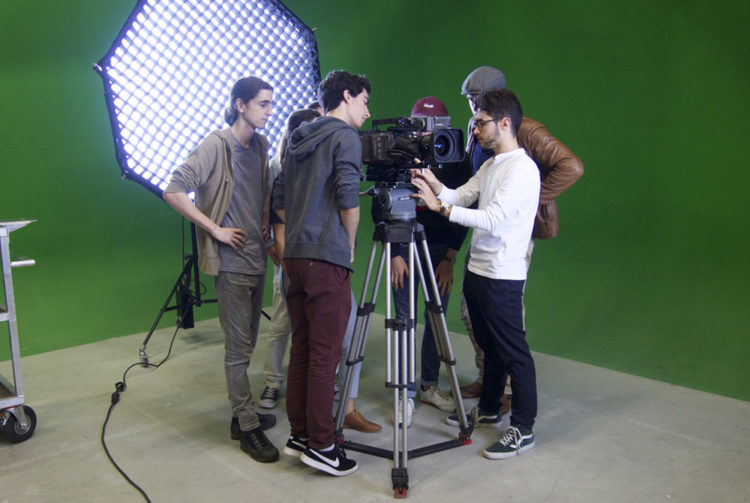 These octagonal light banks, also called “umbrellas”, spread the light of the flash. This allows to simulate natural light, provides a soft and directional light thanks to the honeycomb metal grid. 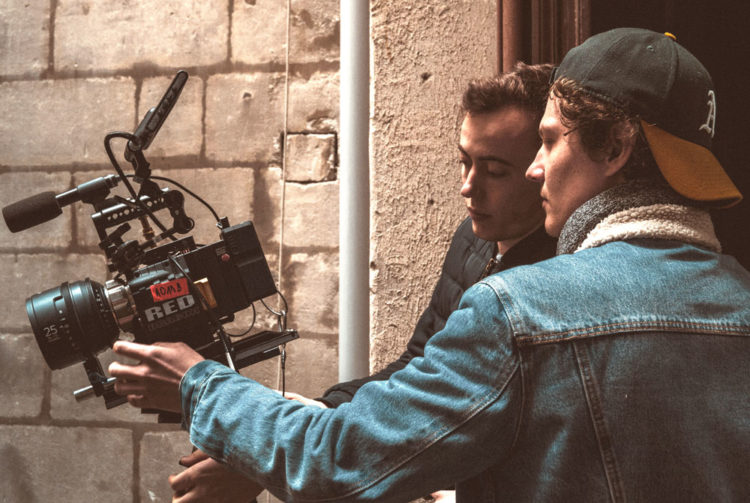 The RED Weapon is the smallest and lightest camera in the RED Dragon series. The camera takes the best elements of the older versions like the EPIC or the SCARLET to deliver powerful features and performance in an intuitive camera experience.

WEAPON offers upgrades including workflow enhancements, wireless peripherals, and integrated mounting points allowing users to setup their equipment for any type of production.

This camera is easily customizable with multiple capacities and powerful options. It can capture up 6K at up to 100 frames per second, supports Apple ProRes codecs and offers a 19 Megapixel sensor for improved low-light performance.

Equipment made available to students of :
CinéCréatis Nantes. 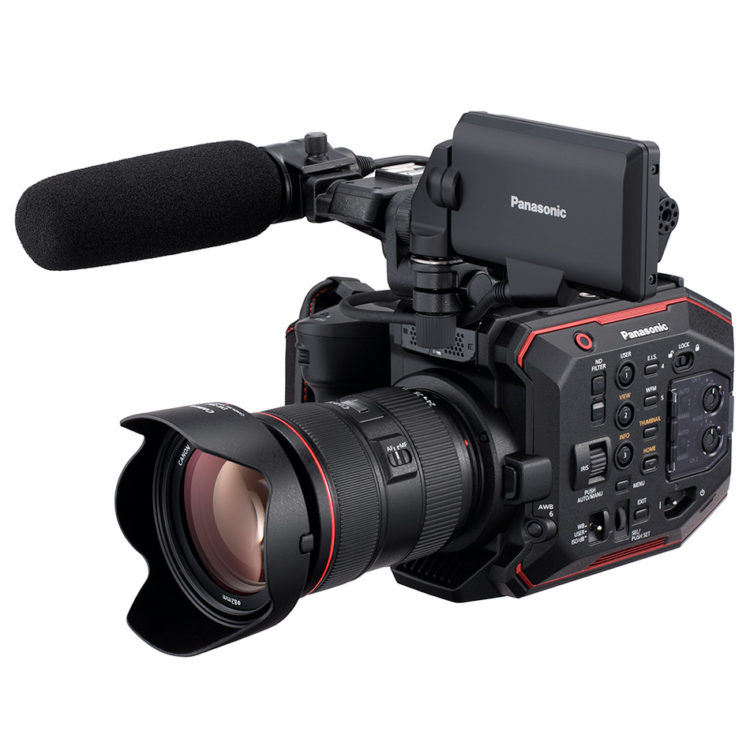 Compact and lightweight, the AU-EVA1 camera with a Super 35 mm 5.7K sensor is perfect for handheld shots, but also for documentaries, commercials or music videos.  The AU-EVA1 features a 5.7K Super 35mm sensor (5720 × 3016, approx. 17.25 million pixels) to record truly cinematic images. Thanks to its superior native resolution, the 5.7K sensor produces a more detailed image when switching to 4K, UHD, 2K, and even 720p formats. The increased amount of color information ensures a sharper, more accurate finished image.

The EVA1 offers native dual ISO. The camera can therefore switch from standard to high sensitivity without increasing noise or producing any other artifacts. Thanks to the dual native ISO, camera operators can use less light on the set, saving time and money while maximizing their artistic choices.

With a light weight of 1.2 kg (casing only), a compact shape (17 cm x 13.5 cm x 13.3 cm) and a detachable handle, the EVA1 can be used for efficient handheld shooting applications and can also be mounted on a drone, a universal joint or arm to ensure complex but fluid camera movements.